Skip to main content
Studies of the Dutch-Speaking World
David A. Freedberg 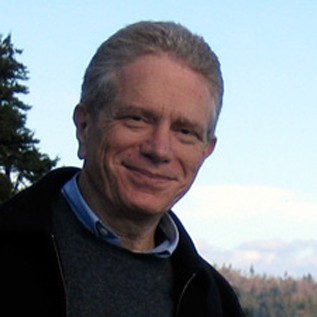 David Freedberg is best known for his work on psychological responses to art, and particularly for his studies on iconoclasm and censorship (see, inter alia, Iconoclasts and their Motives, 1984, and The Power of Images: Studies in the History and Theory of Response, 1989). His more traditional art historical writing originally centered on Dutch and Flemish art. Within these fields he specialized in the history of Dutch printmaking (see Dutch Landscape Prints of the Seventeenth Century (1980)), and in the paintings and drawings of Bruegel and Rubens (see, for example, The Prints of Pieter Bruegel the Elder (1989) and Rubens: The Life of Christ after the Passion (1984)). He then turned his attention to seventeenth century Roman art and to the paintings of Nicolas Poussin, before moving on to his recent work in the history of science and on the importance of the new cognitive neurosciences for the study of art and its history.  Freedberg has also been involved in several exhibitions of contemporary art (eg. Joseph Kosuth: The Play of the Unmentionable (1992)). Following a series of important discoveries in Windsor Castle, the Institut de France and the archives of the Accademia dei Lincei in Rome, he has for long been concerned with the intersection of art and science in the age of Galileo. While much of his work in this area has been published in articles and catalogues, his chief publication in this area is The Eye of the Lynx: Galileo, his Friends, and the Beginnings of Modern Natural History (2002).

Although Freedberg continues to teach in the fields of Dutch, Flemish, French, and Italian seventeenth century art, as well as in historiographical and theoretical areas, his primary research now concentrates on the relations between art, history, and cognitive neuroscience.  Taking up the psychological dimensions of the work outlined in The Power of Images, he has for some time been engaged in research and experiments on the relations between vision, embodiment, movement and emotion.

While collaborating with neuroscientists, he retains his commitment to the anthropological core of art history and continues to hope that one day he will return to his longstanding project on the cultural history of the architecture and dance of the Pueblo peoples (see also Las máscaras de Aby Warburg (2013)).

For the last seven years, Freedberg has led the campaign to save Liberty Hall in Machiasport, Maine, a major historical building overlooking the site of the first sea battle of the American Revolution.

Much of Freedberg's time is now taken up by his directorship of the Italian Academy for Advanced Studies in America. Long committed to cross-disciplinary work in the sciences, anthropology and the arts, he established the Academy’s Art and Neuroscience (later Neuroscience and Humanities) project in 2001. The aim of the project – and of its successful biannual conferences on cutting-edge topics relevant to the understanding of art, music, vision and emotion – has been not to mix fields, but to encourage critical thinking about the methodological and epistemological paradigms underlying each domain.  His own work has concentrated on issues of empathy, embodiment and motor responses.

Freedberg is a Fellow of the American Academy of Arts and Sciences and of the American Philosophical Society, as well as of the Accademia Nazionale di Agricultura and the Istituto Veneto di Scienze, Lettere e Arti.

In 2015 Freedberg was appointed Director of the Warburg Institute at the University of London. In taking on the direction of this renowned institution for the study of cultural history and the history of art and images, Freedberg plans to further the work he has begun at Columbia on the revitalization of the these disciplines. The Warburgian project involved not only the survival of ancient forms in the modern, but also the transmission of images and forms across cultures; it considered both high art forms and everyday imagery; it was long concerned with the transformations and multiplication of images across the globe, long before the age of digitalization; it examined the relationship between the expression of emotion through movement, both in the visual and the performing arts; and it did not shy away from a consideration of the biological elements underlying cultural expression. In establishing new projects within these fields, Freedberg will be developing his earlier research on the relationship between movement and emotion in art, on the use of new neuroscientific paradigms in the understanding of the reception of visual images, and on the continuities and disruptions in the long histories of rock art across the globe, from the newest early Paleolithic discoveries through recent times. At both the Warburg and Columbia he will continue to teach in his traditional areas of Dutch and Flemish Painting and – less frequently – Italian painting and sculpture of the Renaissance.